Posts from the ‘T-Bob’ Category

Trust in the Lord

“God will take you as you are at this very moment and begin to work with you. All you need is a willing heart, a desire to believe, and trust in the Lord.”

When they were young, I pleaded with God that He would work miracles and sand off the many rough edges.

They seemed to be far from “the mark” AND my mothering was also a bumpy imperfect “work in progress”.

Not a good combination.

But, like always, He comes through for ALL of us.

And He continues to work with all of us.

Now, they are men with willing believing hearts and they trust in the Lord.

My plea now is that they may always stay this way.

God does work miracles if we just let Him. 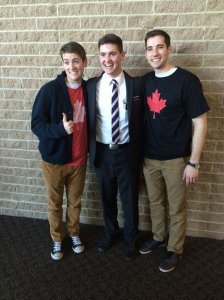 Elder T-Bob came home from Russia on January 23, 2014, at 10 pm, and these are the pictures of that memorable and overflowing joyous moment.

Five hours before T-Bob was to arrive at the airport only fifteen minutes away, we got word that he had landed in New York City but that he had missed his connecting flight out West.

Either we could wait until the next morning to welcome him home,

OR we could drive three hours to the airport he was flying to.

We hopped in the big family suburban and headed down south to welcome T-Bob home.

Now feel the joy in these pictures.

Joy that is real and oh so sweet. 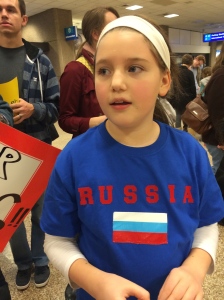 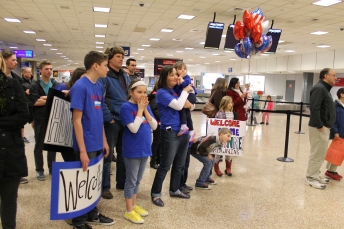 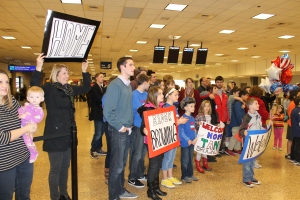 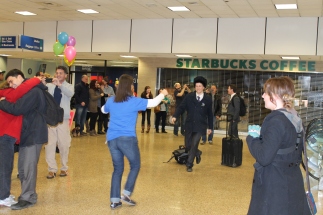 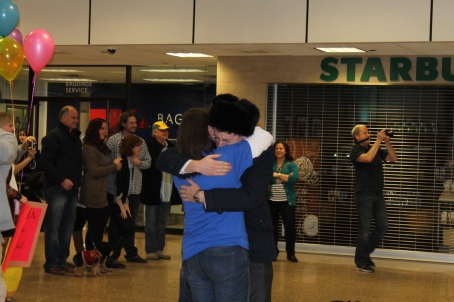 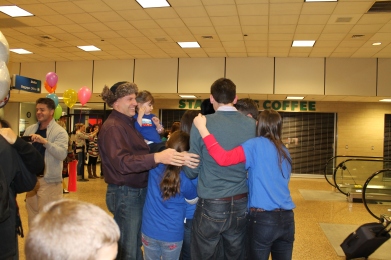 Even though we got home at 3:00 am, we were just glad that Elder Browning, oops, I mean… Tanner was home with us.

Joy in My Inbox 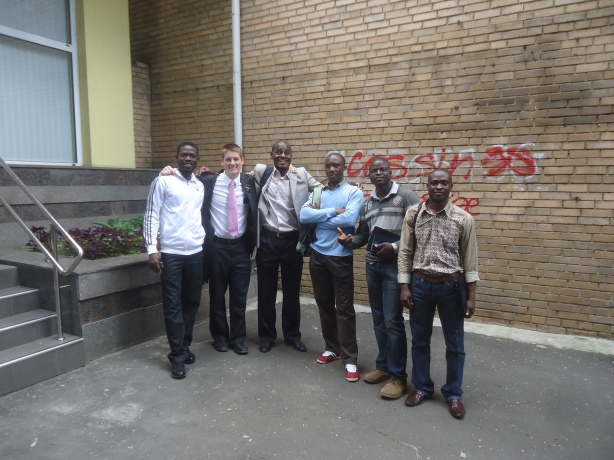 I get giddy about Mondays because of my two missionary sons.

I love getting their emails and photos of the great things they are doing for others in far off places.

Elder JQ, has been helping dig people out of 4 feet of mud and gunk in their homes because of the flooding that has happened in Calgary, Canada.

Elder T-Bob has been speaking English and teaching men from Africa in Moscow, Russia!

The joy I feel each Monday after I have heard and seen these missionaries makes for a better week for me as I can put my priorities in better order.

This past Mother’s Day was a unique day for me.
I received TWO Skype calls from TWO of my missionary sons.
Oh yeah! Double the Joy!
It was B Trout’s last Mother’s Day call from Plymouth, Minnesota, and T-Bob’s first Mother’s Day call from Nizhny, Russia. How my heart did little butterfly dances when I saw their darling adorable, missionary faces and then heard those words, “Hey Mom!”  Both of them are so stinkin’ happy in the work and loving their missions. They literally glowed through the computer monitor.  I almost think they don’t miss us 😦  But I need to remind myself and be grateful that they are working hard and being faithful as full time servants of the Lord.
Sigh…   I just love (and terribly miss) those boys.
“I have no greater joy than to hear that my children walk in truth.”
3 John 1:4 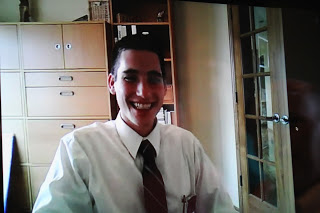 (Elder B Trout serving in the Minnesota Minneapolis Mission) 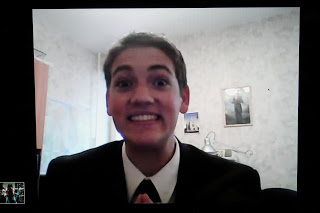 Elder T-Bob is now in Russia!

I wasn’t sleeping very well, last Monday night.  I was worrying over Elder T-Bob getting him self packed and ready to head out to Russia Tuesday, April 17.  Another son heading off to a far away place, far from our home.
Elder T-Bob made it to the airport and called us around 7:30 am.  I was happy to hear his voice, but also anxious about him leaving the US.  As he was talking to us and telling his stories about the MTC, all of a sudden he put the phone down and began talking to someone else.  Huh?  It turned out that his Uncle Jeff was heading to his gate for his flight to Seattle and just happened to see T-Bob on the phone.
Now that is a tender mercy.
Thank you Jeff for making us all feel better about Elder T-Bob heading off to the far away country of Russia.  Elder T-Bob and his parents appreciate that last big bear hug you gave him as he was about to leave. Even though we ourselves could not be there physically to give him hugs and send him on his way, you were sent there that same morning to do that for us.
There are no such things as coincidences. 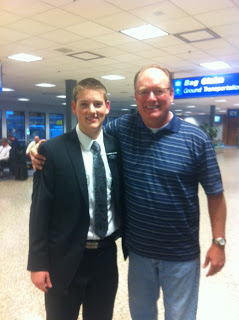 Also, I know why the Lord sends 19 year olds on missions….they have a great sense of hope, drive, and an immense feeling of immunity from all that is before them.
Elder T-Bob, never lose that enthusiasm for sharing the Gospel and bringing truth and light to the Russian people.
Onward, ever onward!

Fifteen hours later, Elder T-Bob was in Moscow, in the hands of his mission President and fellow missionaries of the  Russia Moscow West Mission.
Elder T-Bob really is in Russia…
and he really is gone for two years.
I hope I can get some sleep these next two years 🙂